Right now, the Inside Money is piling into one obscure – yet very important – stock… glove and mitten manufacturer Clarus Corp. (Nasdaq:CLAR).

A week ago, almost no one was trading it. Today, it’s on the list of the top 10 most active options.

But I knew about CLAR weeks ago!

In fact, I spotted an Inside Money move on August 2…

This time around, the action could be even BIGGER…

A few days ago, the Inside Money made another huge move on CLAR, buying 65,000 calls for more than $4 each.

And once again, I found an even BETTER play…

Giving Inside Money Trader members ANOTHER shot for huge gains on CLARfor a FRACTION of the price.

My S.U.R.E. system spotted a call option the Inside Money missed…

That’s a huge discount on what the Inside Money paid. And I expect this play to DOUBLE – maybe even triple – in the next 21 days.

If everything lines up, we could potentially even beat that huge 605% single-leg gain!

Now, these plays can move fast – so it’s too late for you to get in on CLAR.

But don’t worry. Because…

And it could do even better.

Right now, I’m tracking a HUGE spike in big money flow in a handful of trades...

Under-the-radar opportunities where the Inside Money is betting millions in hopes of grabbing a quick double or triple.

But according to indicators I’m seeing from my S.U.R.E. system…

There’s ONE play that could let us beat them at their own game.

From a trade anyone can get into for $300 or less.

I’m zeroing in on this opportunity right now…

I want YOU to be there.

And to make that happen,
I’m going to give you a HUGE deal.

Normally, a 12-month subscription to Inside Money Trader goes for $499.

But until I drop this trade next Tuesday, you can get in the door for just $49 a month.

But you must act IMMEDIATELY. Because once this trade goes live, the minimum price to join will go up 10X.

I had to beg my publisher to let me offer you this deal – so I don’t know when (or even if) we’ll make this offer again.

So you MUST claim this deal BEFORE Tuesday at 3 p.m. (ET).

Once you do, you’ll get a full 30 days of unrestricted access to Inside Money Trader, including…

I was a market maker on the CBOE for nearly a decade.

For the last 10 years, I’ve run a private hedge fund…

Which is why I’d like to invite you to become a member of Inside Money Trader today at the lowest discount I’m going to offer.

I believe record inflation and historic volatility could generate as much as dozens of potential 10-baggers in the coming month.

(Not to mention the potential grand slam lining up for TUESDAY.)

But most traders will be too scared, confused, or angry to spot them in time.

Right Now, There’s Still a Small Window of Opportunity to Get In Early…

And I Want to Help YOU Take Full Advantage of It.

Over the last 12 months, volatility has been spiking higher and higher… 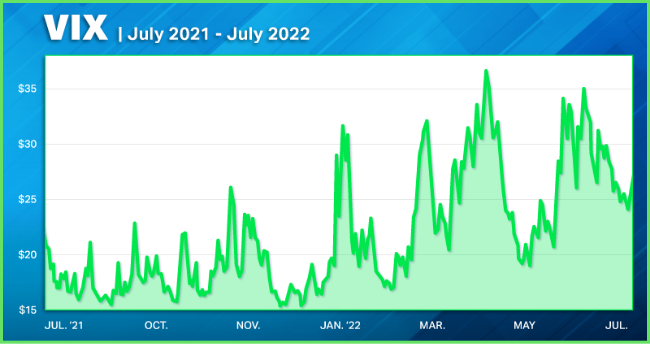 I expect the next surge to hit within 30 days.

In fact, it could be as soon as this week.

And when it does, the Inside Money will start trading like crazy, moving hundreds of millions – even billions – in and out of the markets…

Giving Founding Members a shot at plays like this…

Remember, you don’t need a huge bankroll to get started. Anyone could have gotten into the play above with $70…

This Is the Same Strategy I Used to DOUBLE MY MONEY in 67 Trading Days. 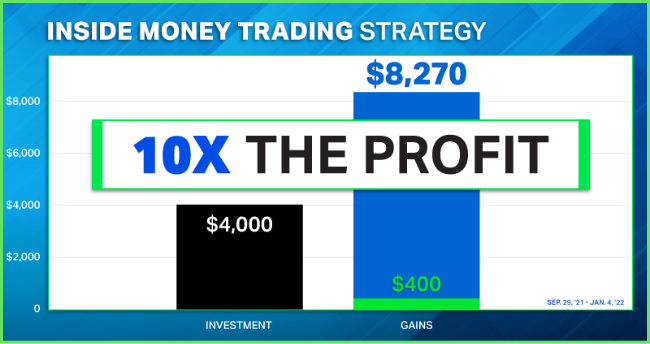 But when that next volatility surge strikes, the potential profits could be even
bigger.

In fact, I expect to see a record number of plays like this in the coming months… 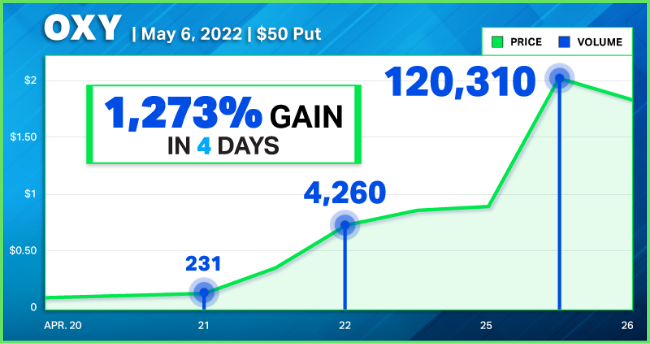 Not just once or twice a month…

But up to twice a week… every week… all year long!

And here’s exactly how I’m going to help you take advantage of it like no other trader can.