Special Launch Offer: Yours for $9.95 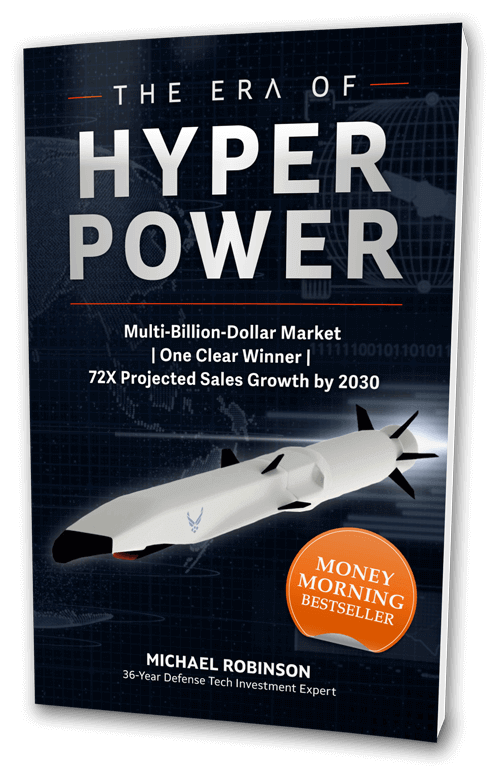 Inside the new book from Michael Robinson, Pulitzer Prize-nominated author:

Putin’s super weapons: Moscow gives us a new look at its future arsenal

All using hypersonic propulsion – which allows missiles to travel five times the speed of sound or more. 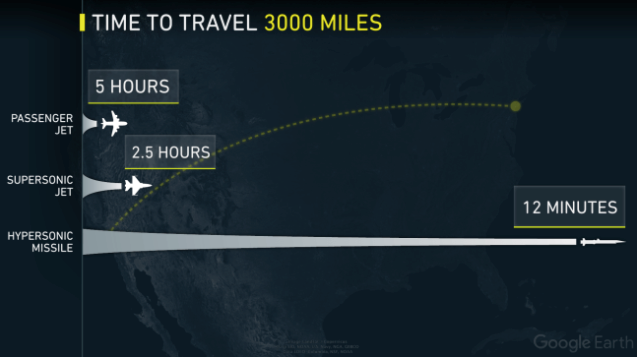 Hypersonic is now the number-one priority for the United States…

All because Putin and his buddies are claiming THEY’RE deploying this revolutionary tech.

But news flash, Vlad: This is America. Land of the free – home of the brave.

And that’s even more true with defense technology.

It’s all thanks to the high levels of innovation coming from American entrepreneurs and the free enterprise from which we built this country.

It’s no different today than it was 200 years ago… hypersonic technology is another notch on the belt.

And one little-known American company is leading the way in this race.

It could be the biggest winner in this space…

CLAIM YOUR COPY OF THE ERA OF HYPERPOWER
BELOW

The Era of Hyperpower

The technology found inside these hypersonic weapons is jaw dropping. It allows them to travel an unheard-of five miles per second – warping to 15,300 mph.

That's more than 20 times the speed of sound... 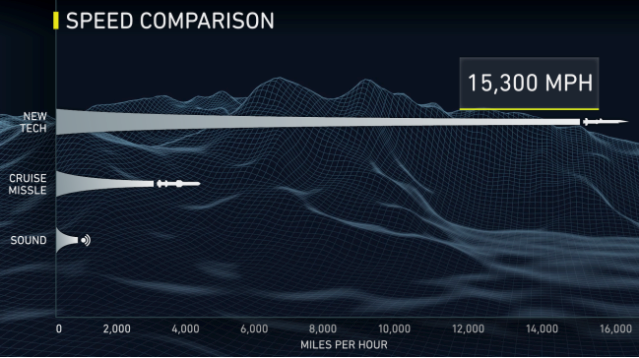 This makes them capable of penetrating defenses…

And much harder to track and shoot down than conventional ballistic missiles, which follow a predictable parabolic track.

This means traditional defense systems – even the most advanced in the world – have no chance to detect them.

China’s test in August 2021 surprised U.S. military officials with how advanced the technology was.

And Russia is all over the news for using these advanced weapons on Ukraine right now.

So the Department of Defense is putting hypersonic tech as one of the highest priorities.

It's part of $12.6 billion in planned hypersonic spending through 2025.

That means that right now, this company holds the keys to billions in potential contracts.

It Could Be Looking at an Astounding 7,103% in Sales Growth in the Coming Decade

I’ve seen this before…

Lockheed began as a little 95-cent stock before the Reagan buildup... then absolutely exploded up to 46,952% supergains.

General Dynamics was a little boat company that took off on the submarine technology that helped win the Cold War – eventually rewarding early investors with up to 34,328%.

And Boeing's long run of success has paid out 22,042% to their earliest investors.

America Is Ready to Fight Back

And will take you behind the scenes and disclose information about:

That’s all in my book…

Including price projections and the ticker symbols of every company.

I speak from experience…

As a board member and senior strategist, a Silicon Valley venture capital firm has allowed me to take part in some of the most exciting defense technology breakthroughs of the last three decades.

I very proudly worked on President Reagan's Strategic Defense Initiative – which gave us the missile defense systems we rely on today.

My work has even been nominated for a Pulitzer Prize…

Now, all my best research is within your reach.

The Era of Hyperpower

I need to be clear: You won’t find this book or anything within it on Amazon, other websites, or any brick-and-mortar stores.

And today – only for Money Morning readers – I’m willing to go the extra mile.

So please, don’t waste another minute…

This offer is exclusively for Money Morning readers
and will not stay open for long because of these exceptional conditions.

To get your copy today, simply fill out the short order form below.

International fulfillment will be digital only.

A NOTE ABOUT COVID-19

ALL SALES ARE IN U.S. DOLLARS.